In order to provide you with the best possible service, we use cookies. You agree with this through your visit to this website.
Back to Jaap Eden

A legend on the ice and a cycling world champion

Jacobus Johannes Eden (Groningen, October 19, 1873) became one of Netherlands' greatest sports legends at the end of the 19th century. Although that was more than 100 years ago, his exceptional achievements are still widely recognized in our country. For example, the annual sports prize "Athlete of the Year" was named after him and the Jaap Eden Ice Rink was opened in Amsterdam in 1961.

Legend from the low lands

As a child, Jaap Eden was very active in sports in and around the Kennemer Dunes. At the age of 15 he was discovered by Klaas Pander, who became his skating trainer. In December 1890 he won his first speed skating competition. His international debut followed a year later and in 1893 he won his first world title at the age of 19. The following year he broke two world records, of which his record on the five kilometers lasted 17 years. He improved his own world record with the 10 kilometers, a year later. In 1895 (Hamar) and 1896 (St. Petersburg) he won the world title, again. Jaap Eden was also successful as a cyclist with a world championship (1894) and a world record in the 1,000 meters (1896). Jaap Eden was very popular with the public and, without knowing it, laid the foundation of our identity as a skating country. Unfortunately, this success also became Jaap Eden's downfall. He died at the age of 51, destitute and lonely. 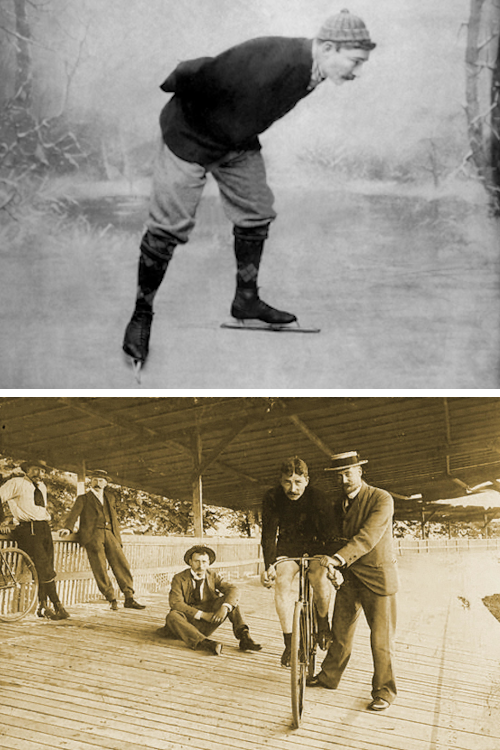 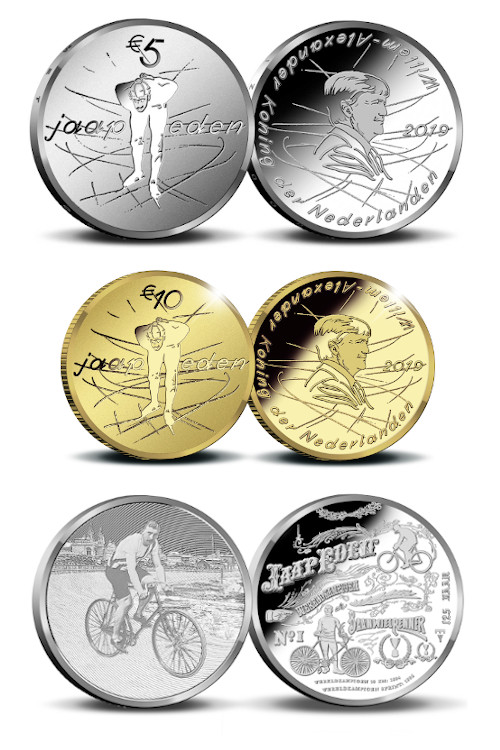 Jaap Eden, one of the most versatile athletes the Netherlands has known. The Royal Dutch Mint honors his unique achievement with an official commemorative coin commissioned by the Ministry of Finance: the Jaap Eden 5 Euro Coin. Since it is exactly 125 years ago in 2019 that Jaap Eden became the world champion in track cycling, the Royal Dutch Mint issues a special Cycling Medal. The medal is available in two issues: 5,000 in coincard and only 500 in the Jaap Eden Commemorative Silver Set. In this unique set, the top performances of Jaap Eden on both the skating and cycling track come together with the Jaap Eden 5 Euro Coin Silver Proof and the Jaap Eden Cycling Medal Silver Proof, packed in a beautiful skating rink standard. 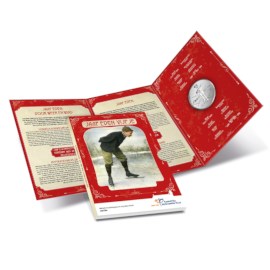 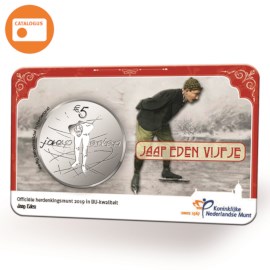 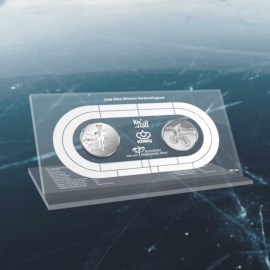