A golden tribute to the Belgian advocate of women's emancipation
Jane Brigode is undeniably one of the Belgian activists who played a decisive role in women's emancipation in the last century. As a member, treasurer and later vice-president of the Belgian League for Women's Rights, she managed to persuade influential politicians to vote important laws that improved the (legal) position of women. Brigode was also tremendously socially engaged. When World War I broke out in 1914, she immediately founded the Union Patriotique des Femmes Belges, an organization that did a great deal of work in distributing much-needed aid.
Brigode was also a key figure for the Liberal Party during the Second World War. As acting president, she held clandestine meetings at home which resulted in concrete post-war reconstruction plans... Like the famous 1948 general women's suffrage!

Today, the name of Jane Brigode has been forgotten. And that's actually a pity. Because in the end, it is thanks to her tireless efforts that the Belgian woman can now assert her full voice in the government of our country. For this reason the Royal Mint has decided - 150 years after Brigode's birth - to issue a beautiful 12 ½ euro gold coin, which gives her name an extra shine again.

The design
The obverse shows Jane's effigy (†3 May 1952). In the background a graphical segmentation appears with on her date of birth (30-05-1870) top left, a Venus symbol and her name “Jane Brigode” immediately below it and the year 2020 on the far right. On the reverse you can find the Belgian Lion, along with the date, value and country name what is typical for the Belgian gold 12.5 euro coin.
This precious golden little coin is only offered in the highest Proof quality, is packed in a luxury cassette and is provided with a numbered certificate of authenticity. 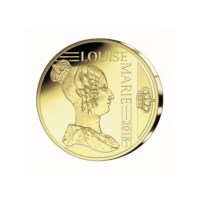 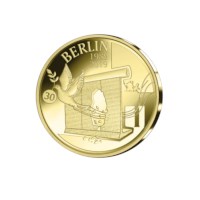 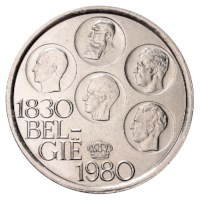 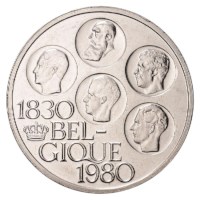