The cream of the crop: the golden Blake and Mortimer of 25 euros
Truly a novelty, this is the very first comic coin issued in gold by the Royal Mint of Belgium. To make this numismatic gem even more exclusive, only 1,000 coins will be minted. This collector's item in unparalleled Proof quality is presented in a matching luxury box and is accompanied by a numbered Certificate of Authenticity. Do not miss this opportunity! 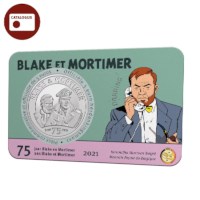 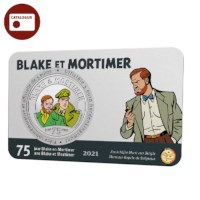