In order to provide you with the best possible service, we use cookies. You agree with this through your visit to this website.
Back to Coin Sets
75 years of peace and freedom in the Benelux
Detailed description and specifications
Description

All Benelux euro coins 2020 lined up
The Benelux Coin Set 2020 bears the theme “75 years of peace and freedom in the Benelux”. In this set you will find all 24 euro coins from Belgium, the Netherlands and Luxembourg in BU-quality. The set also includes a special medal with a diameter of 30 mm. On the obverse you find the “V” for “Victory”, the years “1940 – 1945” and the Benelux lion as seen on the on-official Benelux-flag. On the reverse you see a dove of peace holding an olive branch flying over the map of the three Benelux-countries on a beautiful landscape of grids, the inscription “Benelux 2020” and the text “75 years” written in English, Dutch, French and German.

75 years of peace and freedom in the Benelux
During the Second World War, the foundation for future peace and freedom in the Benelux was laid. On 21 October 1943, during their exile in London, Ministers Spaak (Belgium), Van Kleffens (the Netherlands) and Bech (Luxembourg) signed the monetary agreement that would lead to the creation of the Benelux and which, in turn, would serve as a source of inspiration for the later European Economic Community (EEC).

Peace and freedom are vulnerable and may never be taken for granted. In Belgium, the Netherlands and in Luxembourg the tragedy of the Holocaust is commemorated each year on International Holocaust Remembrance Day, on 27 January. All countries have their own commemoration days as well. Belgium commemorates on 11 November (Armistice Day), the Netherlands on 4 May (Remembrance of the Dead) and Luxembourg on 10 October or the nearest Sunday, because the day also has a religious component. 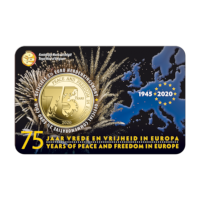 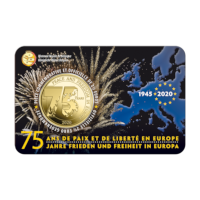 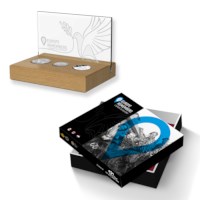