In September 2019, it will be 75 years ago that Operation Market Garden took place, the largest airborne operation in Dutch history. The Royal Dutch Mint honours this special anniversary with an official commemorative coin: the Market Garden 5 Euro Coin. On Saturday, September 21st 2019, Market Garden veteran, Mr. Les Fuller, will perform the first ceremonial coin strike with Mr. Rob Bauer, Commander of the Dutch Armed Forces, during the Airborne Remembrance. 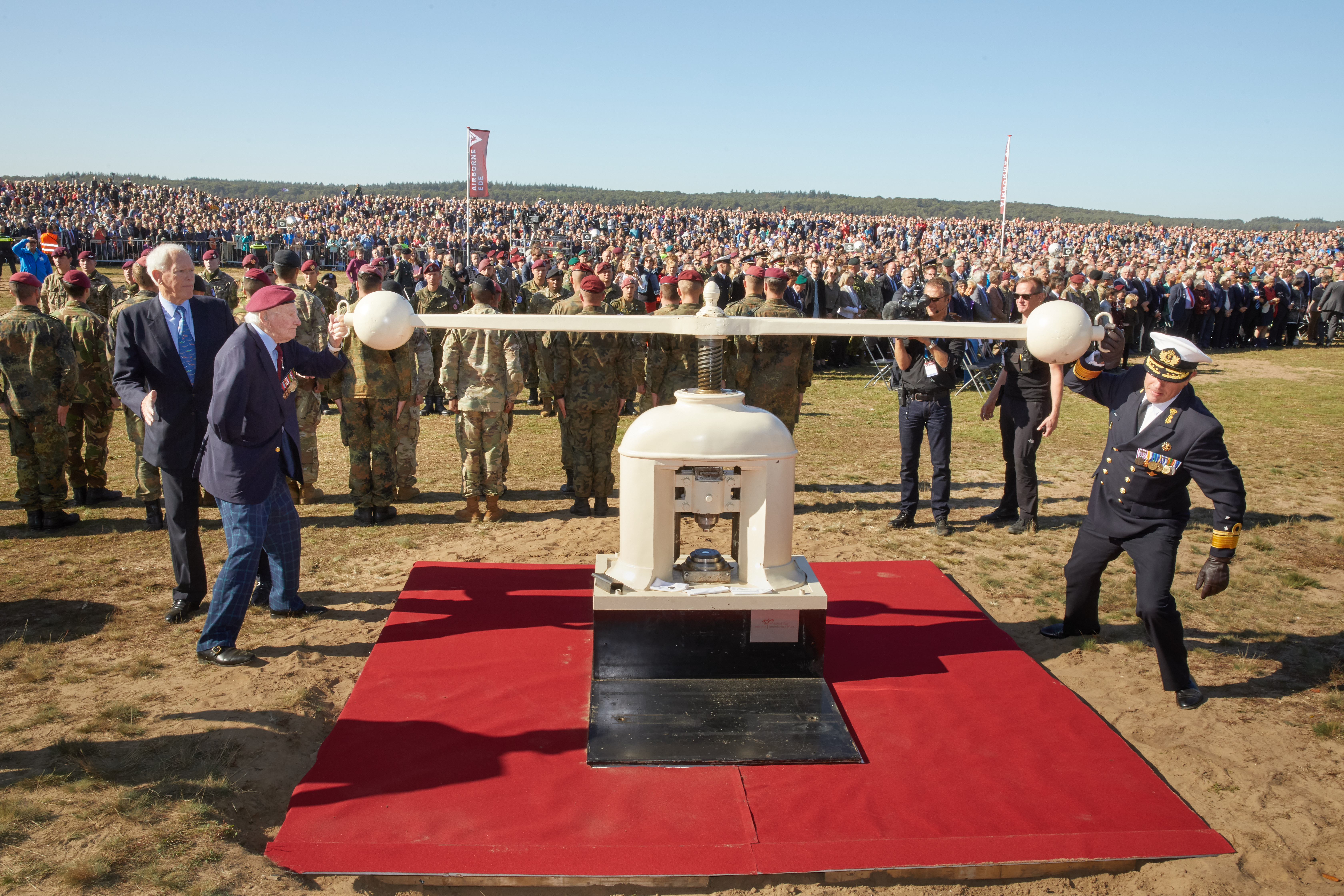 First Strike by WWII veteran
On Saturday the 21st of September, as part of ‘Airborne Remembrance’, the ceremonial First Strike of the Market Garden commemorative coin took place at the memorial square on the Ginkelse Heide. The strike was conducted by English war veteran Mr. Les Fuller, alongside Rob Bauer, Commander of the Dutch Armed Forces.

Les Fuller was with the British 3rd Battalion Parachute Regiment and was one of the parachutists who jumped during Operation Market Garden. After a good landing, he faced many obstacles, which ultimately resulted in him losing his right arm and being held captive in a prison camp. The Royal Dutch Mint has produced a short documentary in which 98 year old Fuller tells his remarkable story. It can be viewed here.

First Day Issue
Order your First Day Issue today! This issue is only available for one day: until September 21st 11.59 p.m. (CEST)! The definitive mintage will be announced on Monday the 23rd. You can order the First Day Issue here. 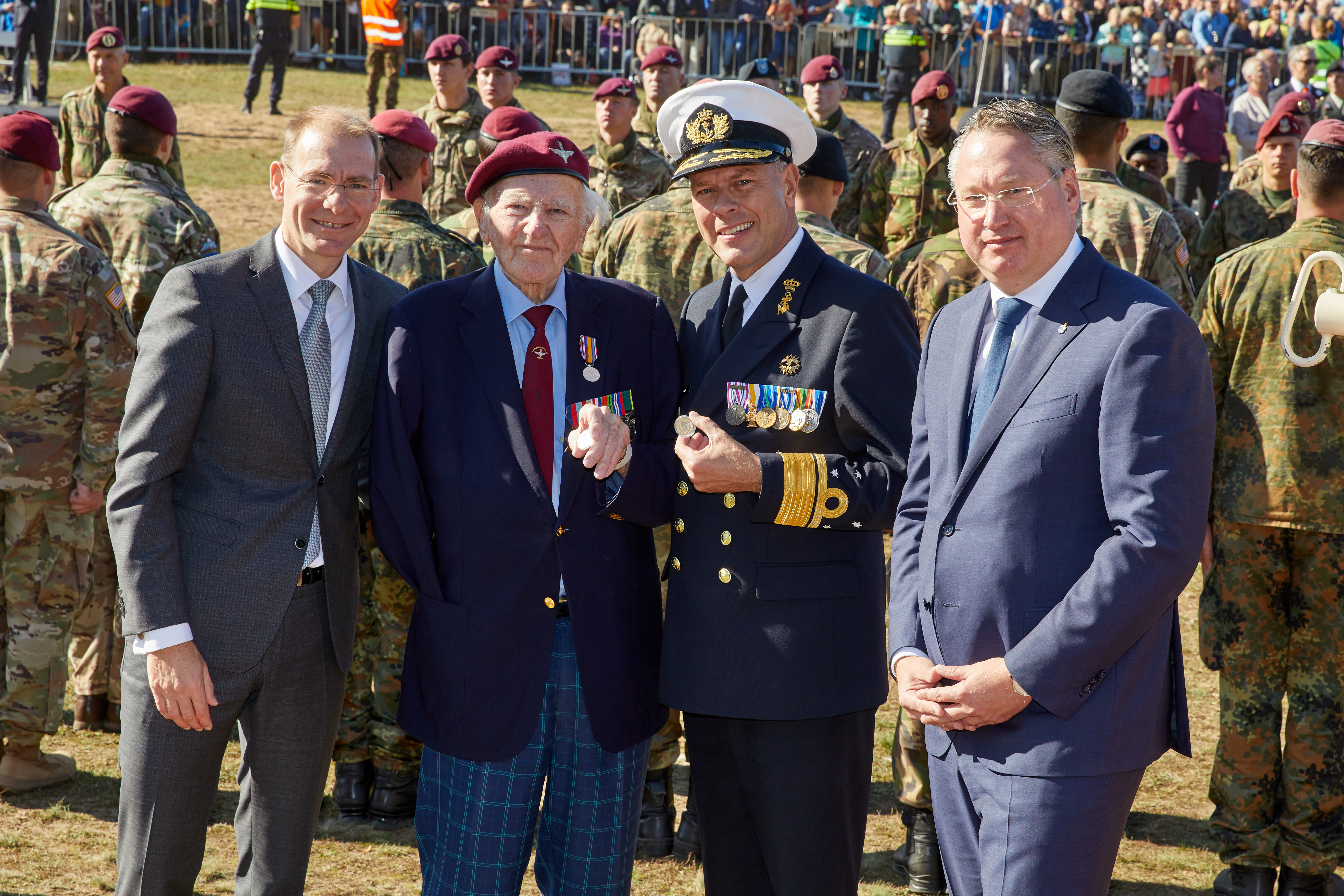