Yesterday evening, Jack van Gelder presented five families, descendants of the Amsterdam founders of the current Amsterdam City of Diamonds with a special Craft of the Diamond Cutter Medal.

Because of the Rembrandt & the Golden Age theme year, the Royal Dutch Mint and Intangible Heritage Netherlands Knowledge Center have entered into a partnership with GASSAN Diamonds and Royal Coster Diamonds to combine the crafts of coin minting and diamond cutting. Together they have launched a special and very limited issue: the Craft of the Diamond Cutter Medal with a real diamond. 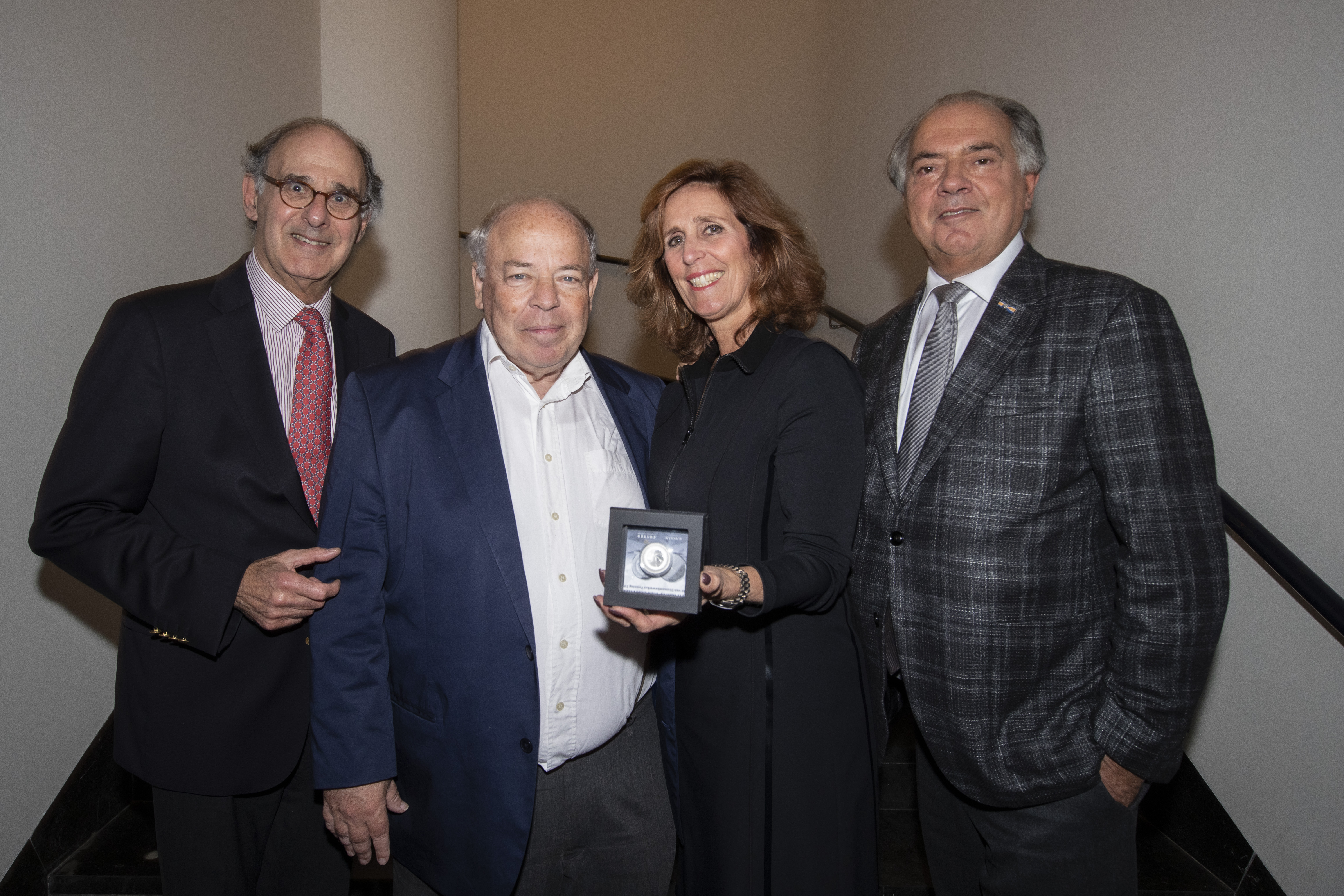 Discover the power of two centuries-old crafts
The craft of the diamond cutter experienced its greatest growth in the Netherlands during the Golden Age and is, nowadays, practiced in Amsterdam in two companies: Royal Coster Diamonds and GASSAN Diamonds. Because of the Dutch Rembrandt & the Golden Age theme year, the Royal Dutch Mint and Intangible Cultural Heritage have entered a partnership with GASSAN Diamonds and Royal Coster Diamonds. Together they combined the crafts of cutting diamonds and minting coins and created a special and limited issue: the Craft of the Diamond Cutter Medal. This medal is the second in the series ‘Intangible Cultural Heritage in the Netherlands’ and is available in three qualities. The Cu/Ni medal is packaged in a coincard and has a mintage of only 2,500 pieces. There is also a very exclusive golden Craft of the Diamond Cutter Medal available, with an actual diamond in the center! There are only ten (!) of these beautiful and unique gold medals available. The third and final variant was only available from Tuesday 29 October at 8 p.m. through the website of the Royal Dutch Mint: the Craft of the Diamond Cutter Medal Silver, again with a real diamond in the center! The mintage is set at only 50 pieces. All three variants were sold out within a few hours.

The event
Last night, Jack van Gelder presented the special Silver Craft of the Diamond Cutter Medals to the descendants of Jewish families who were important for the history of Amsterdam City of Diamonds at the Jewish Historical Museum. One of Jack van Gelder's ancestors was a diamond cutter and he therefore has a personal connection with this profession and the people who practice it.