In order to provide you with the best possible service, we use cookies. You agree with this through your visit to this website.
Back to Caribbean
Uitgebreide omschrijving en specificaties
Beschrijving

Sixty-five years ago, the Shell donated the derelict Manor “Brievengat” to the newly Heritage Foundation Curaçao, which started the structural purchase and renovation of built heritage on the island.

Nowadays, Heritage Foundation Curaçao has more than 120 monuments under their management, including town houses, forts, country houses and even a former synagogue. These locations contain offices, catering, government organizations and a growing number of residents in the World Heritage City: Willemstad.

A special building in this portfolio is the stately Villa Maria in Scharloo, depicted on the obverse of the commemorative coin. Dentist David Ricardo had lost his home on Pietermaai in the great hurricane of 1877. Determined that this would not happen to him again, he built this beautiful, neo-Greek villa for his family on the highest point of Scharloo. Management of the building was taken over in 1999 by Heritage Foundation Curaçao. Since the restoration in 2000, Villa Maria has is being used as an event location. 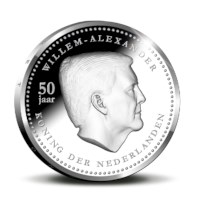 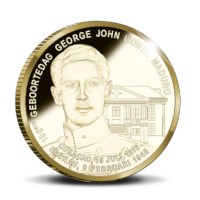 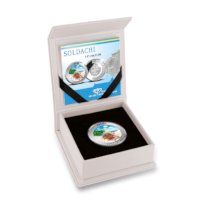