In order to provide you with the best possible service, we use cookies. You agree with this through your visit to this website.
Back to Caribbean

This year the Red Cross Curaçao celebrates its 90th anniversary. The very first Red Cross was founded in 1863 by Henry Dunant, a Swiss businessman, following a battle between France and Austria. Dunant helped care for the wounded soldiers on the battlefield. He also mobilised the local population to help, under the motto “Tutti fratelli”: we are all brothers and we must help each other. This fraternization inspired him to found a neutral aid organization that was to provide aid in times of war: the Red Cross. The organisation has since grown into the largest network of care providers in the world, with local branches in 192 countries. In 1931 Curaçao got its own branch of the Red Cross. The aid workers of the Red Cross offer humanitarian aid on Curaçao and surrounding islands where necessary. For example, after natural and other disasters, they provide safe shelter for vulnerable people. They also distribute food packages, provide medical assistance and help with reconstruction.

On the obverse of the coin you can see the characteristics of the flag of Curaçao in the heraldic colour code. This colour code is often used on black and white drawings: without actually using colour, shading and dots indicate which colour is represented. The contour of the island of Curaçao is also depicted in the same way. At the bottom is Dunant's famous phrase “Tutti fratelli” (“We are all brothers”) in the original (Italian), in Dutch and in Papiamento. The reverse shows the coat of arms of the Netherlands Antilles with the country designation, the denomination “5 G” (guilder) and the year 2021. The coin will be delivered in a luxury case with a Certificate of Authenticity. 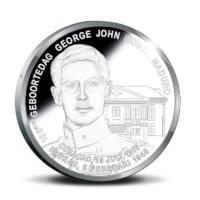 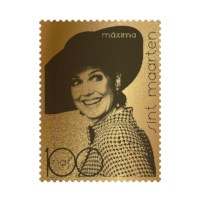 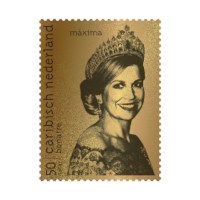