Discover the four cardinal directions with this special trade coin 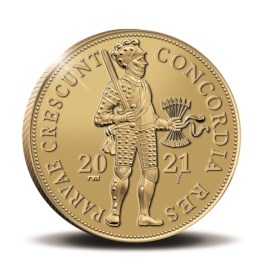