King Willem-Alexander and Princess Amalia of the Netherlands minted the first commemorative coin in honor of 30 years Maastricht Treaty. The ceremonial First Strike of the Maastricht 5 Euro Coin took place during Kingsday. The strike was conducted with a historical crank press, which was placed close to the Europa Gate. The Maastricht Treaty 5 Euro Coin is being minted on behalf of de Ministry of Finance. 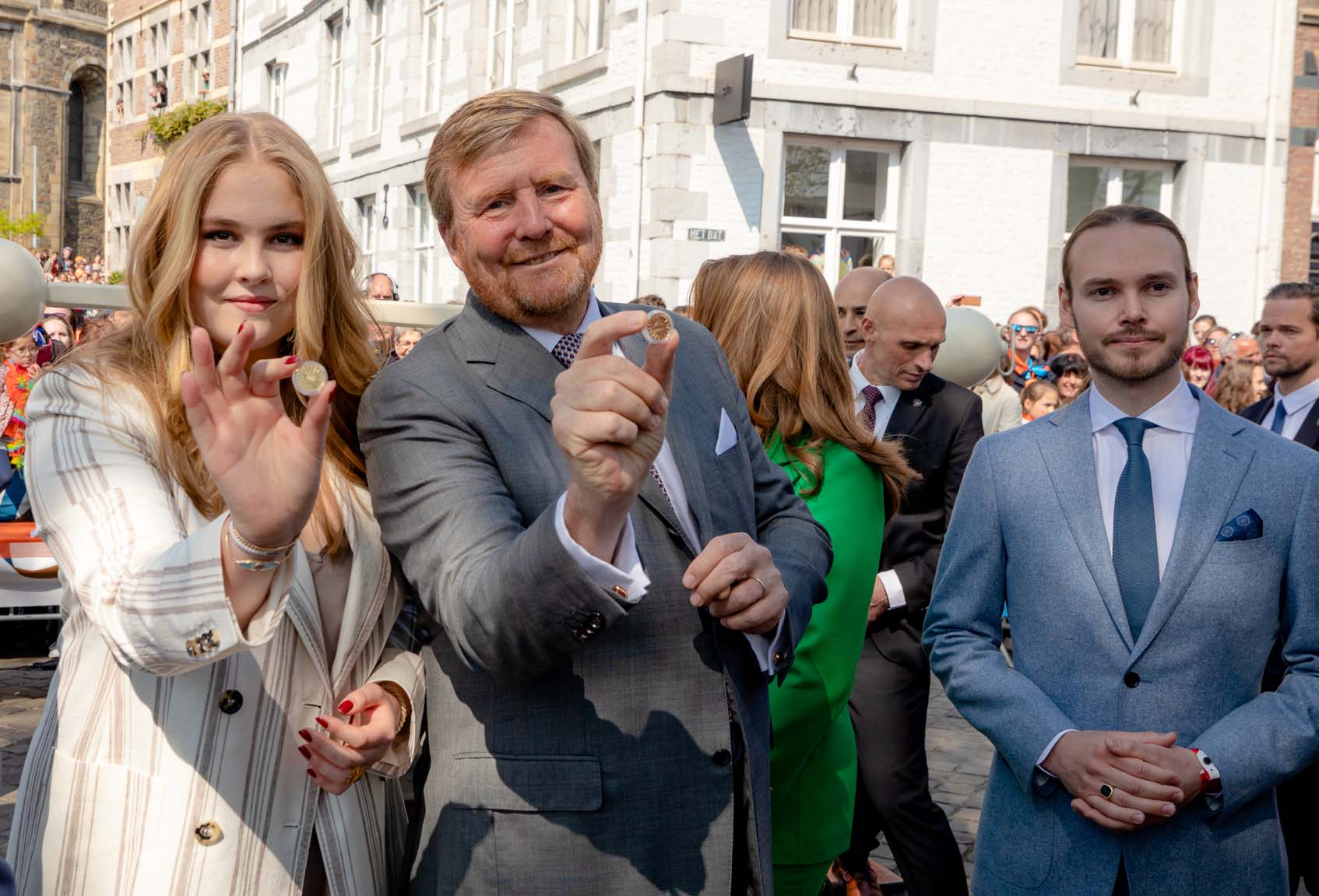 Design of Maastricht 5 Euro Coin
The Maastricht Treaty 5 Euro Coin was designed by artist Rinus van Hall. He was inspired by the three pillars that form the base of the treaty, but also by the Government Building in Maastricht, where the treaty was signed in 1992. On the front, King Willem-Alexander stands in the middle of the iconic ceiling structure of the building. The twelve stars on the front symbolize the twelve original member states. On the reverse side are twelve fountain pens that draw a temple front, with three supporting pillars as a symbol for the three pillars of the treaty. Spread across the reverse side are 27 stars for 27 member states of the European Union.

The Maastricht Treaty
The Maastricht Treaty caused an important change in the decision-making processes and the institutions of the European Economic Community. The treaty consisted of three pillars: the European Communities, a common foreign and security policy and cooperation between EU governments in the field of justice and home affairs. Including the Economic and Monetary Union paragraph eventually led to the introduction of the single euro currency in 2002.

The commemorative coins for the Maastricht Treaty are available online. Order your coin to complete your collection!