In order to provide you with the best possible service, we use cookies. You agree with this through your visit to this website.
Back to Other Countries
Available from beginning of December
Detailed description and specifications
Description

Design
On the obverse of the coincard, you will see the most important figures in the franchise. On the right, the hobbit Frodo Baggins and next to him his friend Sam. Of course Gollum can’t be missed. You will also find other well-known characters like Sauron, Arwen, Aragorn II, Gandalf and Galadriël. On the bottom of the right, the text ‘The Lord of the Rings’ is placed. Left on the bottom is the year 2022. On the reverse of the coincard is an image of the character Legolas, portrayed by Orlando Bloom.

The obverse of the coin shows, in the middle, the White tree of Gondor, the symbol of the continent Gondor, which brought luck, according to the inhabitants. Around the tree is the famous text that is also on the ring. The text says: ‘One Ring to rule them all, one Ring to find them, one Ring to bring them all and in the darkness bind them’. On the reverse is the logo of the Central Bank of Malta, the privy mark and the year of issue. 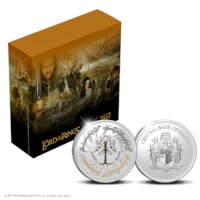 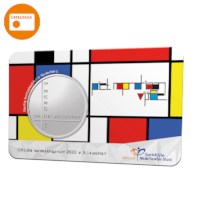 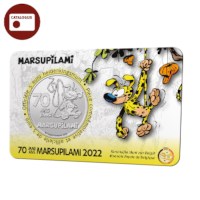