Jaap Eden, born on October 19, 1873 in Groningen, grew into one of the Netherlands' largest sports legends at the end of the 19th century. Although that’s more than 100 years ago, his exceptional performance is still widely recognized, for he was world champion skating and cycling! The Royal Dutch Mint is therefore launching an official commemorative coin on behalf of the Dutch Ministry of Finance: the Jaap Eden 5 Euro Coin. The ceremonial reveal of the design of the coin took place today at the Jaap Eden Ice Rink in Amsterdam. The unveiling was carried out by grandson Jaap Eden Junior, coin designer Wineke Gartz and Olympic skating champion (1988) Yvonne van Gennip. 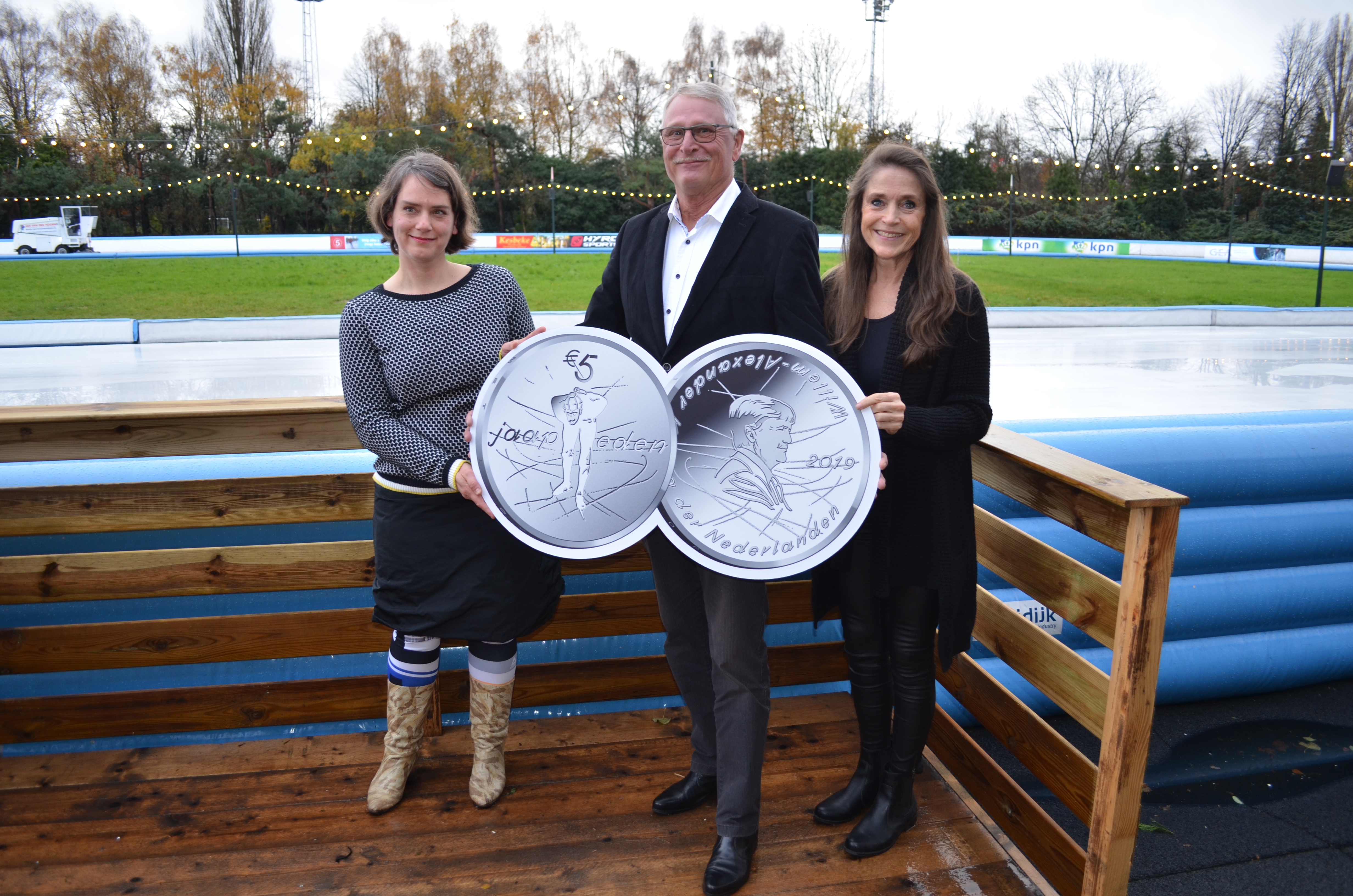 
Order your commemorative coin today
Don’t miss out on the Jaap Eden 5 Euro Coin and place your order today! The ceremonial First Strike is planned for December 29, 2019, upon which the orders will be send out. And it is only on this day, that you can order the ‘Jaap Eden 5 Euro Coin First Day Issue’. 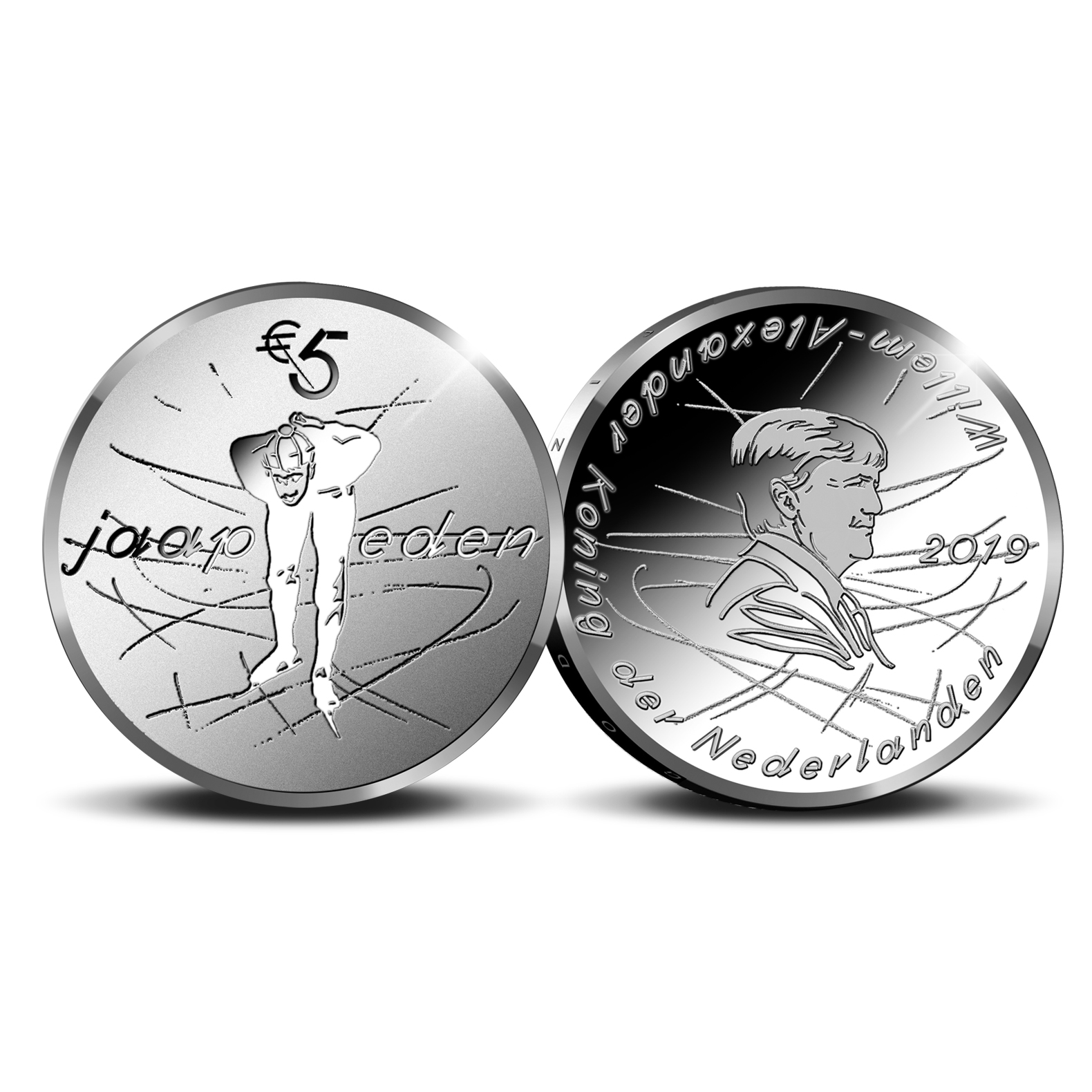 Want to know more about the design of the coin? You can read about it here.