In order to provide you with the best possible service, we use cookies. You agree with this through your visit to this website.
Back to Silver Coins
Delivery from February 2023
Detailed description and specifications
Description

Piedfort
Traditionally, Piedfort coins were used as a way of showing wealth and power. In the sixteenth and seventeenth century, rulers across Europe started the tradition of giving “prestige pieces” to members of their court. Nowadays, Piedfort coins are real collector’s items. This Silver restrike of the Scheepjesschelling is twice as thick and therefore twice as special

Design
The obverse of the Scheepjesschelling from West-Friesland shows a warship with a flag on the stern and the inscription ‘DEVS. FORTITVDO. ET. SPES. NOSTRA’. This proverb can be translated to ‘God is our strength and hope’. The reverse shows the provincial coat of arms of West-Friesland and the inscription ‘MON. NOV. ORDIN. WEST. FRISIAE’, in full MONETA NOVA ORDINUM FRISIAE. This means: new silver coin of Friesland. 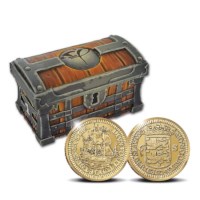 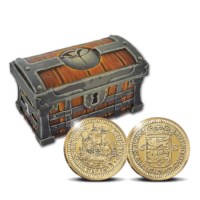