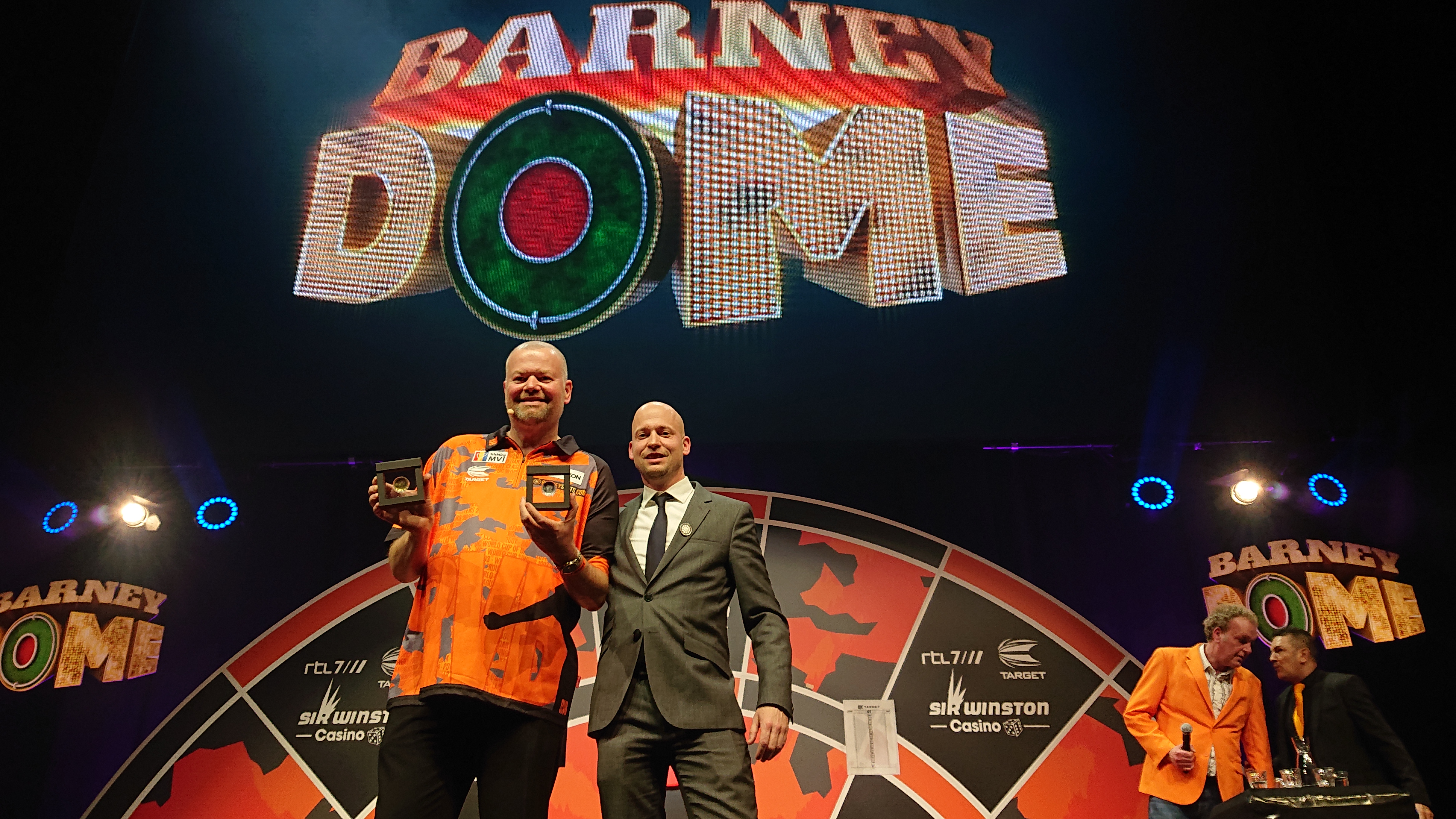 Exclusive darts issue
To celebrate the farewell and the glorious career of Raymond van Barneveld, the Royal Dutch Mint issued three strictly limited and numbered medals. Not only the Raymond van Barneveld Medal in blister packaging but also the Silver and gold plated issues were almost immediately sold out. All issues show a detailed 3D portrait of the darts player and have a unique dartboard design on the reverse. The dartboard on the Silver issue is hand coloured with Colorit by the Royal Dutch Mint silversmiths.