25 Years Since His Victory at Wimbledon 1996 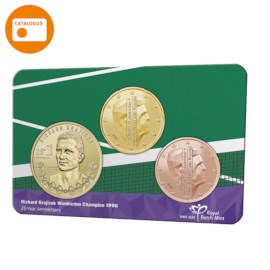 Richard Krajicek (6 December 1971) is a Dutch tennis player. He started playing tennis at the age of five and quit school in 1988 to focus entirely on tennis. The highlight of his career was his 1996 Wimbledon victory, the oldest and most prestigious grand slam tournament in the world. Krajicek is the only male Dutch tennis player to win Wimbledon Singles Final.