In order to provide you with the best possible service, we use cookies. You agree with this through your visit to this website.
Back to Woudagemaal

Nearly a third of the Netherlands lies below sea level. Water management is therefore essential for the country. The Dutch windmills, pumping stations, polders and dikes are world famous. All over the world, local authorities and entrepreneurs join forces with the Dutch to control the water. There are three main problems when it comes to water: too much, too little or too dirty water. A combination of these is also possible. Both climate change and human causes are at the source of the problem. To get a hold on the global situation, several projects are launched to help control the water, from New Orleans to Romania. Watch our video to see the many problems water poses all over the world. On this page, you can read more about current collaborations.
Natural disasters in New Orleans
Both the Netherlands and New Orleans are surrounded by water. Since hurricane Katrina wreaked havoc in the city in 2005, water management is a top priority for New Orleans. The natural disaster cost the lives of 1,800 people and hundreds of thousands were left homeless. The Netherlands played a part in the city’s war against the water. Because of an Urban Water Plan and the new dikes and flood defenses designed with the help of Dutch experts, New Orleans is better prepared to withstand the forces of nature. However, up until today the city struggles with floods after heavy storms.

Subsidence in the Mekong Delta
The densely populated Mekong Delta in the South of Vietnam is sinking fast. In the second half of this century, a big part may even sink below sea level. This has great consequences for the livability, the food production and the economic contribution of the Mekong Delta. Groundwater abstraction for the purpose of providing drinking water and for the shrimp farms are the main causes of subsidence. The Netherlands help Vietnam with research (for example the Rise and Fall project which determines the degree of subsidence and the causes of it), and projects aimed at the improvement of drinking water (Waterworkx), the prevention of salinization and the improvement of water management in general.

Drought and water shortage in Chile
In Chile, drought and water shortage are the main problems. In many parts of the country the drought is caused by a lack of rain. When you also take the melting glaciers and the growing demand for water from the agricultural an industrial sectors into account, water shortage is likely to increase even further in the years to follow. Other parts of the country suffer from floods, which will only increase in frequency and intensity because of climate change. To prevent floods and water shortage with the help of sustainable solutions, Chile joined forces with the Netherlands in 2016. The Partners for Water programme, a Dutch initiative with international ambitions, is active here. The current COASTAR project is aimed at groundwater catchment in the basin of the Elqui river.

Water shortage in South Africa
South Africa also suffers from drought and water shortage. In the village Hartebeesfontein, Dutch technology is used for wastewater treatment. The “Nereda technology”- originated from research at the Delft University of Technology and developed in collaboration with the Foundation for Applied Water Research (STOWA), Dutch water authorities, and the Dutch engineering consultancy firm HaskoningDHV – is a wastewater treatment technology which uses bacteria that clump together into granules that sink quickly. Contrary to regular wastewater treatment technology, the entire process takes place in a single water tank. This leads to significantly lower investment and operational costs. The technology is therefore applicable worldwide and is also very sustainable.

The water in Romania
Not just in America, Africa and Asia, but also close to home the Dutch have joined forces to control the water. Both the Netherlands and Romania have a coastal- and a delta area. The quality of the water, coastal erosion and floods pose most of the water related problems in Romania. One of the priorities in the environmental field is the access to (clean) drinking water and wastewater treatment. Since 2018, the Dutch water boards invested in their partnership with The National Administration Romanian Waters under the name “Dutch Water Authorities” to help solve the most pressing issues regarding water management. 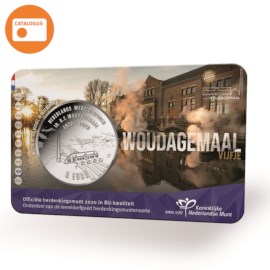 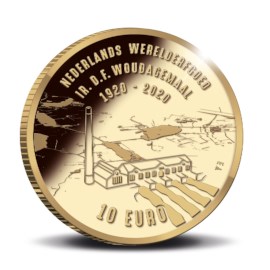