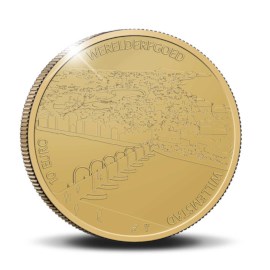 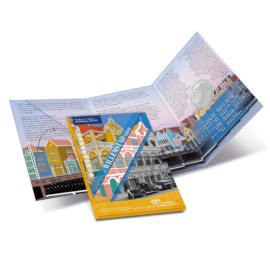 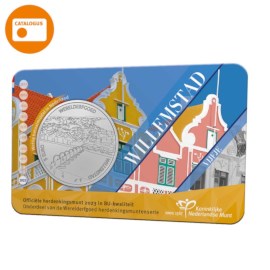 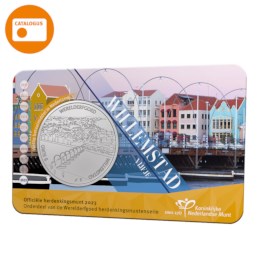 Willemstad is the capital of the island Curacao and also former capital of The Netherlands Antilles. The city has around 150.000 inhabitants. One of the nicknames the city has, is ‘Amsterdam of the western hemisphere’, because of the so-called Dutch architecture that can be found here. As of 1997, some historic districts have been included in the UNESCO World Heritage.

The Willemstad 5 Euro Coin is designed by Cleo Maxime de Brabander. She was inspired by the four historic districts of the city: Punda, Otrabanda, Scharloo and Pietermaai. With the design, De Brabander choose a simplified cityscape in which the most important monuments of the Willemstad districts are shown.