In order to provide you with the best possible service, we use cookies. You agree with this through your visit to this website.
Back to Commemoratives

A Tribute to the Famous Judoka 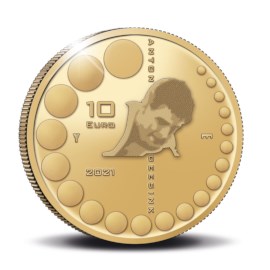 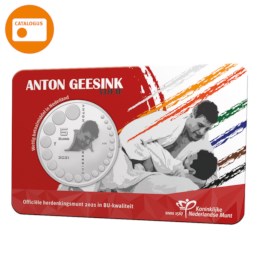 Anton Geesink was the first non-Japanese to win the World Judo Championship in the heaviest weight division in 1961. The judoka won many prizes for his performance on the mat, but has also left his mark on judo beyond his athletic achievements. For example, he invented the contrasting colours of the opponents. Nowadays, one wears white and the other blue. This makes the competitions much better to follow for the referee and the audience.

The Anton Geesink 5 Euro Coin was designed by Swedish artist Malin Persson. She became inspired by a picture of Anton Geesink’s victory at the 1964 Olympic Games in Tokyo. The picture shows Geesink himself, keeping his opponent Akio Kaminaga in a firm headlock. The image represents Geesink’s tenacity, whilst retaining a sense of respect: the respect to accept defeat, but also to triumph without tainting the honour of the opponent.