In order to provide you with the best possible service, we use cookies. You agree with this through your visit to this website.
Back to Ducats
ORDER EXCLUSIVELY IN MAY 2020
Detailed description and specifications
Description

The route to the South
The Royal Dutch Mint annually issues Golden Ducats, based on original coins from the 16th and 18th century, in commission by the Ministry of Finance. Up and until 2021 we will explore four international trade routes based on the wind directions where the Golden Ducat played an important role. The obverse of the Golden Ducat 2020 is decorated with the recurring acanthus leaves and shells and this year also features a gold bar and the letter “Z”, for “Zuiden” (South). Our journey continues to the South, towards Africa, where many gold sources were discovered.

The design
The trusted international trade coin is engraved with a historical image: a knight in armor with arrows, designed by engraver Johan Willem Marmé. From 1763 until 1795, Marmé worked as engraver of the provincial and urban Mint of Utrecht. On the obverse of the coin the Latin phrase Concordia Res Parvae Crescunt is engraved: “Small things florish by concord” or better known as “Unity makes Strenght”. On the reverse the Latin Mo. Aur. Reg. Belgii Ad Legem Imperii is found: “Gold coin of the Kingdom of the Netherlands by law of the Empire”.

Discover the Gold!
The Ducat has always been a strong currency. Because of the uniform content and weight the coin was accepted worldwide. Especially in Asia, where many coin types circulated, this was extraordinary. Not only traders, but also privateers and pirates loved the Golden Ducats. Ships from the Dutch East India Company were often raided because of the amount of Gold and Silver coins (in treasure chests!) that were present on them and it was never certain that the Gold inside reached its final destination. Read more about the surprising background story of the Golden Ducats on this page. 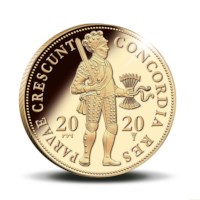 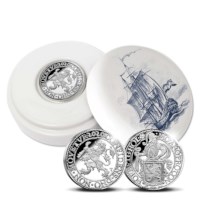 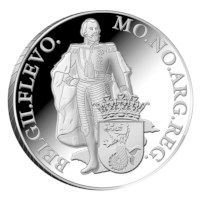