In order to provide you with the best possible service, we use cookies. You agree with this through your visit to this website.
Back to News Overview
Every year, since 2012, special commemorative coins have been issued celebrating Dutch World Heritage. The Kingdom of the Netherlands currently has ten UNESCO world heritage listings, of which the Royal Dutch Mint has immortalized seven of them on a commemorative coin. Now, it’s time for number eight: The Beemster 5 euro coin! 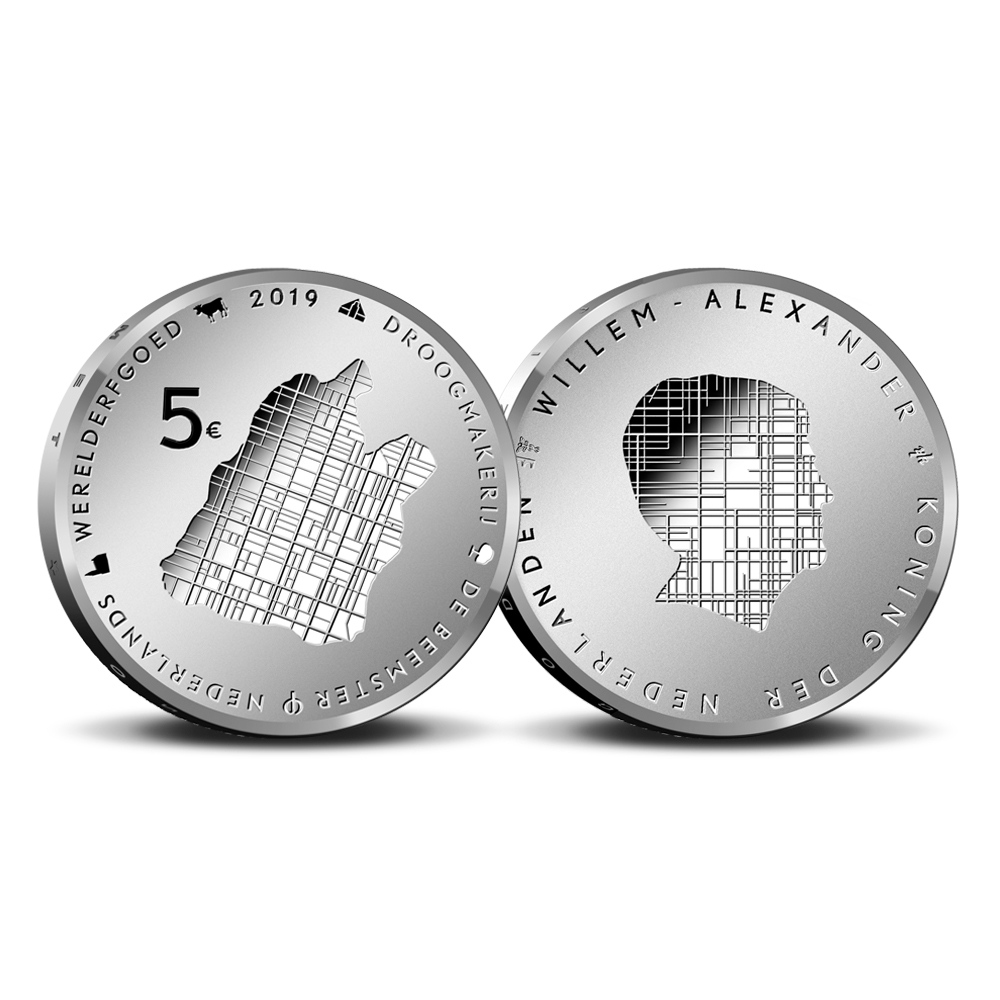 Order your commemorative coin today
If you want to be absolutely sure that you’ll be the proud owner of a Beemster 5 Euro Coin, then make sure you place your order today. The ceremonial First Strike is planned for June 24, 2019, upon which the orders will be send out. And it is only on this day, that you can order the First Day Issue.

Want to know more about the design of the coin? You can read about it here.

Are you living under water?
In addition to the world-famous and unique shapes of The Beemster, the protection of the land we won is central in this national campaign. When the land was drained, we naturally wanted to keep it that way! Are you actually living under water?

For this campaign, we made a video about The Beemster and what would happen if the dikes break in the Netherlands: Watch the video here.